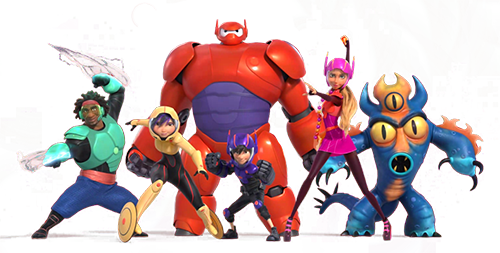 This morning A. and I were discussing Pearl Harbor Day. I gave her a run down of WWII, and I explained that Japan attacked Hawaii and I didn’t know why. Now I’ve looked it up and it’s not complicated.

When I told A. that I didn’t know the reason, but I figured they had some reason, she said “just like Callaghan in Baymax”.

Big Hero 6 is a 2014 film based on a comic in which a team of science students becomes a team of superheroes lead by a prodigy named Hiro. Oh and it stars a balloon-shaped robot named Baymax who all the kids just love these days.

It’s an amazing work in heroes acting ethically that is accessible to kids. And it’s very empathetic. A. and I had talked about the character’s motives before.

The villain is Professor Callaghan, a teacher in a vest.

He’s a likable guy who is driven to revenge because he lost his daughter in a science experiment. He blames a tech CEO for the mistake.

That’s a reason. He’s not driven to be the fairest in the land. He’s not hoarding a plant that could save humanity. Those were just selfish reasons from other Disney villains. Callaghan’s got a legitimate issue.

When later he fakes his own death so he can start his plan of revenge, he accidentally kills Hiro’s brother Tadashi. But when Hiro tries to continue the cycle of revenge, his friends stop him. It’s difficult for him, but by the end they successfully stop the villain and rescue his daughter, and Callaghan is sent to jail.

It’s encouraging to list off all the things that Disney got right with this story.

This isn’t an analogy to Japan. Japan had a reason for attacking Pearl Harbor, but it was a terrible reason. This is just a really important lesson, that people have reasons for doing bad things and sometimes they’re important reasons, that seems to have gotten through to my kid.

Big Hero 6 teaches empathy just right. Though, as an aside, Baymax is not necessary to the plot. He helps though.https://t.co/PZ7FHuwy5K pic.twitter.com/AagEDrcICO

All images used in this article are copyrighted by the Disney Corporation and constitute fair use.