You might have noticed that the science taught to kids in school looks different from the science you’re supposed to know all about when you argue on the Internet. And they both look different from science as practiced in TV shows.

There are actually four things called science. These are them.

In school, Science is the name for facts about each scientific domain. Carbon has 6 electrons. Dogs are mammals. Mitochondria is the powerhouse of the cell.

These are the things that you have to ingest and regurgitate with as little digestion as possible. They are important because, if you engage in science, you will use these facts to lead you to undiscovered facts. Facts that save lives or make better armchair cushions.

But if you forgot these facts yourself, you could still get them from the people who use them every day. The institution people.

The people who engage in scientific work are sometimes called Science, too. They make up the great institution called Science which has the duty of guarding all the scientific facts and coming up with new ones. 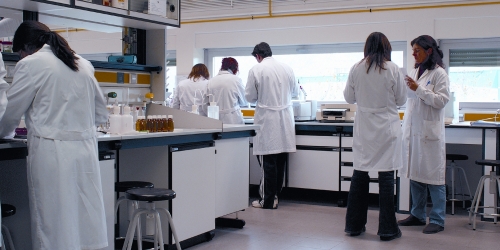 A herd of scientists, by Urcomunicacion

The most common time for anyone to use the word is in just one phrase: "Science can't figure out how a bee can even fly." The scientists are the Science in that sentence. And the sentence is a dirty lie.

The mechanism by which a bee flies has been well understood for quite a long time. The confusion is that one time one of those people who are part of Science said something to the effect of "If an airplane were the size of a bee, it wouldn't be able to fly." And then I assume the fake news sites got a hold of it.

Science does a lot of good in the world. And when that good is done, Science means people. But the people got there through exploration. 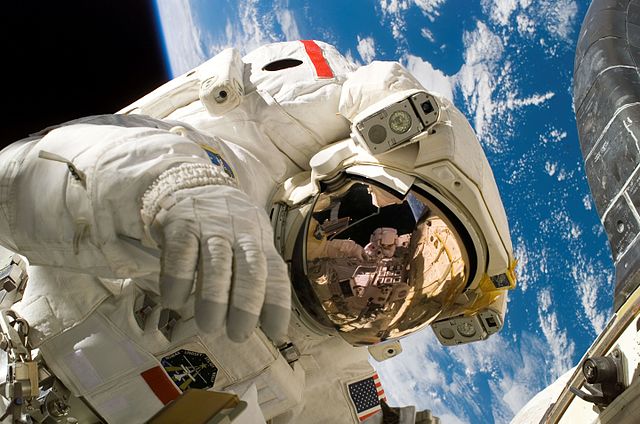 "It's still empty up here. Maybe we should check over there." by NASA, Astronaut Michael Edward Fossum

Now we're getting warmer on what Science is supposed to mean. In the better science-oriented TV shows, the scientists go around looking for new things to know. Then when they find something new, they deny it until some big climax forces them to accept it without any further doubt.

This is the act of seeing what happens when you press The Big Red Button. And when something interesting happens, you do it again.

This is the Science that kids aspire to until they reach science class and it starts to look like an insurmountable uphill climb. But that's not the most frustrating part. That title is reserved for the real Science.

Sometimes you wake up from a dream and you think for just a moment that you learned something epic. Your whole perspective changes. And then it's over. You rub your eyes and the hazy rose colored glasses shatter and leave retinal scars to teach you not to get so cheeky again.

The Scientific Method has one single job. To destroy your dreams. But think of it like a friend who takes care of you when you're drunk. It's just being honest.

If you ask for a real definition of Science, you get this one. Science is about eliminating false hypotheses. Narrowing down the remaining list until you're left with just one theory that predicts every move of the thing you're studying.

When chemists wanted to know if carbon atoms had 5 or 6 or 7 electrons, they used this Science to figure it out. Some hypotheses were proposed. Those hypotheses each predicted a measurement. When measurements were taken, the failing hypotheses were thrown out. Right in the garbage with your dreams.

What about dogs? Did Science prove they are mammals? Imagine one day a young hairy guy with a club walked out of his cave and looked at the animals around him. Some of them had scales and laid eggs. They were not like him. Some others had hair and their babies drank milk. Just like his babies. So he classified them in the same group as himself.

Mammal is a classification. It describes having hair and giving milk to babies that were born already formed. But if it makes predictions, it can be tested. Prediction: species in the Mammal class should share a lot of DNA. If they do, then the Mammal hypothesis has survived another round of the Scientific Method.

As for mitochondria, don't ask me why they are the powerhouse of the cell, but it's the same thing. Somebody said, "There are just so many things that could power the cell!" and then science came along and laid waste to most of those things like a steam-roller over so many Brazilian pirate CD's. 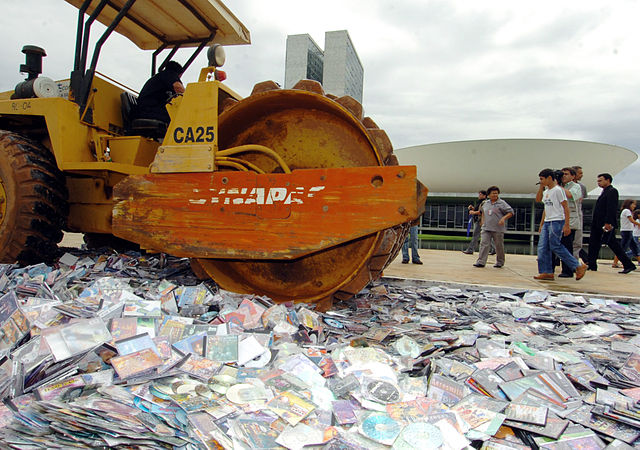 This last one is the official definition of Science, but there are really four different definitions. If someone says this is what Science means, just nod and agree. It doesn't matter that they are so stuffy. They currently want to discuss this one definition. No problem. Just remember that the next guy is gonna pick his favorite definition, too.

Science in school looks different from science in Internet arguments. TV shows have another. There are 4 sciences. https://t.co/fpJYf8lSUi

All of the images on this page were shared through creative commons licenses.