The Generations are Full of Holes 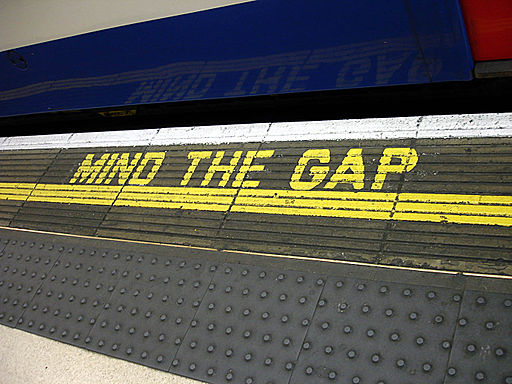 In the U.S. we like to group people according to what range of years they were born in. This is appropriate about 10% of the time and the rest of the time it allows people to generalize about each other.

But what use is a generation if not to generalize?

Anyway, besides being useless 9 times out of 10, the generations we’ve mapped out have awkward gaps between them. That’s where I come in.

I mean, that’s where I came in, I was born in one of those gaps.

The generations are named the following:

There are no official definitions of these words. If the government has definitions written somewhere nobody cares. Everyone old is now a Baby Boomer. Every child is Generation Z. In between you’re either a parent or an adult child, I guess.

Born in 1981, I’m sometimes called a Millennial. And then again sometimes not.

Granted, I don’t want to be a Millennial. Some of my best friends are Millennials but they have different interests from me. Meanwhile, I’m not Generation X. I didn’t grow up afraid of the Russkies. When I was a teenager, counter-culture was already mainstream.

But I share a lot with both groups. What we need is an overlapping system. Everyone should belong to two groups. Here are my suggetions:

The Boomers get to keep that monicker they are comfortable with. And everyone else gets two generations. My class is the Counter Culturalist Nintendos. My parents are the LSD Boomers. My kids are both Recessionist Question Marks. Their future isn’t written yet.

I tried to pick names for major things that happened right after the start of the generation. So that it was the thing that the kids in it had a vague feeling of being normal, but also a feeling of being brand new.

The Boomers were really there for the economic boom that followed WWII. They didn’t care that they were a sudden glut of children that hadn’t existed before. But they could see the economy and they liked it. Baby Boomers was a name given by their grandparents. Economic Boomers is better.

Just the same, Generation X was named that by the generation in power at the time. These were the disaffected youth. There was no Generation W. The X is for x-ing out all the good stuff in the world.

I call them the Counter Culturalists and the Nintendos. The first group is the one that made it trendy to throw off the yoke of inherited culture. The second group thought home computers were amazing but that they’d always existed. I tried to pick things that each generation would accept to call itself.

So that’s my proposal. We can make hashtags or something.

Oh and everyone born before 1945 is a Depression Brat. That’s a name they already give themselves and it suits them. The Depression had the biggest effect on them of anything and they’ve never let go of it for good or bad. That’s why they’re so happy. They relish simplicity. Shine on Depression Brats.

The generations have big gaps, but we can fix that. https://t.co/bRXEPvywTl pic.twitter.com/MxcgudMmH5