The Time I Hedged My Bet and Won Big 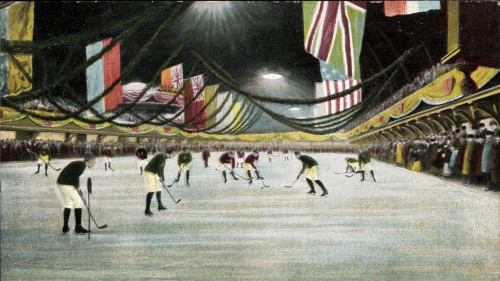 Once I entered a hockey bracket for US$10. I don’t know anything about hockey, but hockey stats are easy to find, so I went ahead and bet the teams with the best track record for each round.

For the last round, I didn’t have good data to differentiate the teams, so I picked the teams with the most aggressive players as recorded by hockeyfights.com.

I entered my bracket and another hockey-ignoramus like me did, too. That’s when I got the bright idea to hedge my bet. I traded him half of my bracket for half of his. Since neither of us knew much, this was probably a fair trade at the time.

Now we were both twice as likely to win. But we’d each win half as much.

In the end, we won! Specifically, his bracket won and I owned half of it, so I won.

Did I make the right choice?

There were some other options I could have taken instead.

I’ll tackle that last one first.

There were 20 brackets entered in our pool that year. I entered one of them and my friend entered one of them. Before our 50/50 trade, I had a 1/20 chance of winning (ignore the fact that everyone else knew more than me). That increased to 2/20 once we traded. Double chances.

Look at that smirk.

But the right way to think about this is to imagine I had already won my fraction of the prize. When you do the math, you realize my “expected” winnings were $10 for each of my brackets. And it’s the same for both alternatives. Both alternatives were worth $10.

But wait, that doesn’t make sense. Imagine I’d owned 90% of the brackets. I’d have paid 90% of the money, but I’d have a whole 90% chance of winning everybody else’s money. That’s good, right? If I did this same thing every year, I’d win 90% of the time, lose everything 10% of the time and after a couple decades I’d… be exactly even.

I have to accept, my intuitive sense of probability got the better of me. However, I only had to pay $10 for the privilege of probably throwing away my money, which is a cheaper life lesson than $20 if I’d bought two brackets.

But wait! Everyone else knew better about hockey than did my friend or I. Maybe if I had traded with one of them I’d be better off. That’s the first alternative option on my list above. 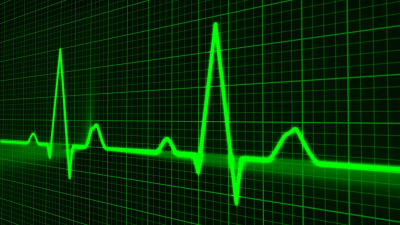 No matter what you do, this thing always returns to the middle line.

As it turns out, it’s so hard to pick a good bracket, no one can really do it consistently. Maybe you guessed that, because you already know it’s statistically impossible to pick a perfect bracket. My chances of winning would not budge if I made a deal with someone who knew the sport well.

All of these alternatives had the same effect. With the little information I had, all my alternatives were worth $10 to me.

That’s because it was designed that way. Everyone has an even shot at the beginning, and everyone pays the same to get in the game. It’s fair. It’s pure luck.

Later, things get interesting. Some brackets lose and the chances go up for everyone else. In the last round, it may even be possible to predict a winner with a better than 50/50 chance. That’s the time to make your move.

The time I hedged my bet at the beginning. That doesn't make any sense. But there are no drawbacks either. https://t.co/94IW35aicO