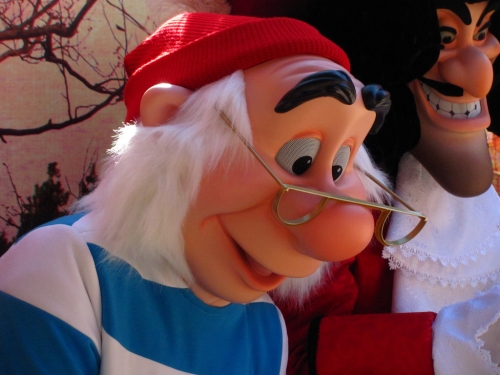 Look at this delightful murderer.

Peter Pan is a Good Guy™ followed by his loyal lost boys. Captain Hook is a Bad Guy™ with his horde of evil pirates.

Still, he is a bad guy. He supports Captain Hook’s evil, often playing a pivotal role.

You get the impression that he doesn’t really know what he’s doing among a crew of pirates. But he never tries to get out. We never see the idea cross his mind, even if he doesn’t buy into all the bloody mess of piracy.

Mr. Smee could throw in his lot with the good guys. He could clear his conscience and start behaving himself. Maybe we don’t know his whole story, or maybe he can’t see the possibility of living among lost boys or off by himself. Doesn’t matter.

Smee must one day face the music like the others. Whatever justice system finally catches up to them, Mr. Smee should not be spared its wrath. He’ll likely turn state’s evidence, though, and that’s just fine.

Here's something nobody needed to write. https://t.co/Y9ndLLQRqH