Review: Catch Me If You Can

The film version of Frank Abagnale Jr.’s Catch Me If You Can hit theaters fifteen years ago on Christmas Day.

If you saw it and liked it, the book is stupendous. I listened to the audiobook narrated by Barrett Whitener.

It’s billed as the true story of Frank Abagnale Jr. a now famous impostor who posed as a doctor, an airline pilot, and many other positions in the 1960’s, mainly as a way of advancing check fraud schemes.

But there’s another author on the cover named Stan Redding. Since the book was published, Abagnale admitted that it is somewhat embellished by Redding. Maybe that will explain the ending when I spoil it in a moment.

UPDATE 2021: Frank Abagnale Jr. claims in a talk he gave at Google that the film is a more accurate version of events. The other author, Stan Redding, is not around to give his opinion.

And what else but embellishment should we expect from an admitted and convicted fraudster? A successful con-artist makes you like them, and this book succeeds at making you like Abagnale despite his crimes and lack of concern for others.

If you’re familiar with the film, there are some big differences in the book. For the film, a single FBI detective was invented. There was no single FBI detective doggedly pursuing Abagnale across country and continents, though Joseph Shea comes close. In fact, it wasn’t just the FBI. Almost every country he lived in or visited was on the look out for Abagnale. And several of them caught him. 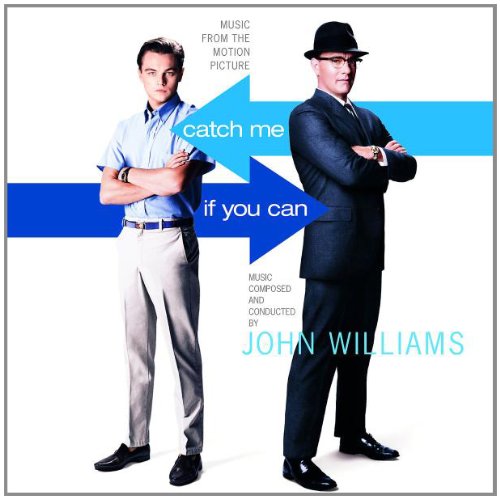 The film's soundtrack by John Williams is unbeatable.

The book ends differently, too. It never gets to Abagnale’s cinematic absolution. In the film as in real life, Abagnale was freed from US prison on the condition that he would help the FBI catch check fraudsters like himself. The book comes to a close with a satisfying non-ending. When the FBI has Abagnale’s hotel surrounded and he has nowhere to go, he gets out anyway and walks off into the darkness.

Maybe that’s a clue that the book is partly fiction for sake of drama. In real life, there has to be some connection from the resolution of a true story to the part where the anti-hero tells all in a best-selling novel.

But it is a thrilling book.

Frank starts off with a simple check book his father gives him. He soon realizes that he can write checks even if he has no money in the bank.

And for a long time that’s all he does. He writes bad checks and gets out of town as quick as he can. It’s not clever, it’s just fraud.

Frank sort of stumbles onto the realization that he can impersonate a pilot. That’s when he starts to become ingenious. He realizes that as a pilot people will trust him. And since trust is the key to fraud, he looks for a way to get a real pilot’s uniform.

As it turns out, just calling Pan Am’s headquarters and saying you’ve ruined your uniform is all it takes. Whereas he was just trying to figure out where to go to buy an authentic uniform, they charged it to Pan Am’s account. And he took the opportunity to learn everything about playing the part of a pilot, including what emblems to wear and that he needed to hold a pilot’s license.

You can see how he develops his natural charm into clever tricks. Eventually he settles down in an apartment complex with a pile of money and he needs an explanation.

So he tells everyone he’s a pediatrician taking a year off. That works fine until one of his neighbors who is a real doctor begs him to take a shift as a supervisor at the local hospital.

Somehow Frank can’t say no, and he winds up supervising for six months. Most of that time is spent hiding out in a forgotten section under construction so no one will ask him to do anything. But he recounts one incident where he almost killed a boy. The boy lived but Frank got out, whether through guilt or because he was afraid of being found out again.

Staying on the move seems to be a requirement for someone who can’t keep to himself, so Frank has a few more adventures before being caught in France, this time living a relaxing life with a pile of money in the small town where his mother grew up.

A foreshortened trial leads to prison and to one of the most harrowing true stories I’ve heard.

To hear him tell it, France kept Frank Abagnale Jr. naked for six months in a pitch black cell that he couldn’t stand up in with only a bucket for facilities. This is the part of the story you need to hear because he goes on about it at length.

After serving half of a twelve month sentence, Frank is extradited to Sweden. Yes, all of these countries have evidence pinning Frank to crimes within their borders. You start to think he might not be a master criminal after all.

But Sweden’s justice system was and remains a wonderful place to be. A Swedish prison is like a dormitory and Frank had a private room. He had a comfortable bed and good food and no bars on the doors.

Frank even considers leaving. But when he realizes he has nowhere to go, it dawns on him that he is truly in prison.

After six months in Sweden, he gets a chance to convince a judge to let the United States extradite him. He would be sent to jail there, but he could not be extradited to any other country once he was in the US. Frank sincerely told the judge that he had converted.

But it didn’t last.

Swedish police brought Frank to a commercial jet that flew him unescorted to the United States. But this was a model of plane that Frank was familiar with. During the flight, he visited the lavatory and loosened some screws. When the plane landed, while it taxied, Frank lifted the entire toilet to reveal enough space to crawl down to the baggage compartment. There he jumped out of the hole that houses the landing gear and scaled a fence. The US authorities did not catch him that day.

Frank remained at large and had several other run ins with the law until finally they caught up to him at a hotel. They had it surrounded, but nobody had told the foot patrol how to deal with a con-artist. Frank crawled out a back window unseen and when two officers stopped him, he told them he was an officer and they were wanted in the front of the hotel. He walked into the darkness and the story ends there.

I think the story tips its hand because of its dramatic flare, but there’s other evidence to prove it is embellished. In 1978, before the book was published, a San Francisco Chronicle reporter with an advanced copy contacted several of the places mentioned in the book. A lot of them claim to have never had incidents like those described. 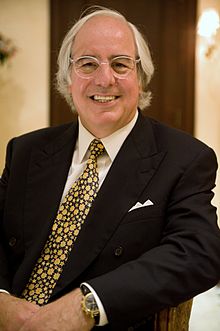 The real Abagnale shrugs that off saying they probably wouldn’t admit it out of embarrassment. Since then we only have more familiarity with businesses that do not publicize hacking intrusions against them, for the same reason. Just as easily, the businesses may not know they were robbed or they may have a short corporate memory.

Or, Frank Abagnale Jr. could have told a true story with the wrong names, either to cover himself legally or because he is such a bullshitter that he doesn’t even care whether the events he remembers even happened the way he remembers them.

Whatever the case, it’s a good story, with a lot of lessons to be learned about giving trust and gaining trust. Just remember to use your powers for good and not evil.

Meanwhile, Stan Redding hasn’t written any other books. I wonder what his story is…

"Catch Me If You Can" hit theaters 15 years ago on Christmas. My review of the book it's based on: https://t.co/0xIwLddm7P pic.twitter.com/qkiMufVv6Q