How far is a drive from Miami to Florida?

I found this question on Quora with the following explanation.

The state Florida is a roughly pistol-shaped area of land surrounded on three sides by water. The city Miami, Florida lies within the borders of Florida. So if you start from Miami, Florida and point your car in any direction, you can simply step out of your car without moving and you’ll be there.

Google Maps would give you a different answer, however. It claims that the drive takes 3 hours and 13 minutes via US Highway 27 depending on traffic. If you don’t want to pay tolls, it takes just a few extra minutes.

This odd result happens because Google Maps is actually showing the distance from the center of Miami, Florida to the center of the state of Florida.

It also claims that it takes 21 hours and 27 minutes to get from Miami, Florida to the United States of America. This is how it feels if you don’t speak Spanish in Miami, but it’s false geographically. 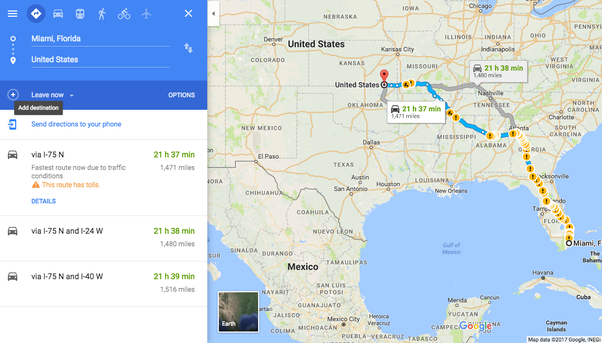 And apparently it is impossible to get to North America from Miami, Florida. At least, that’s true in Donald Trump’s fever dreams. 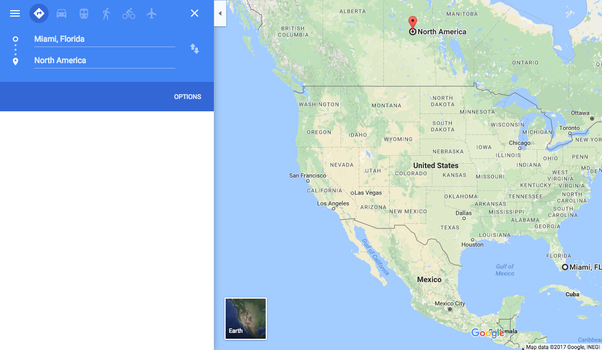